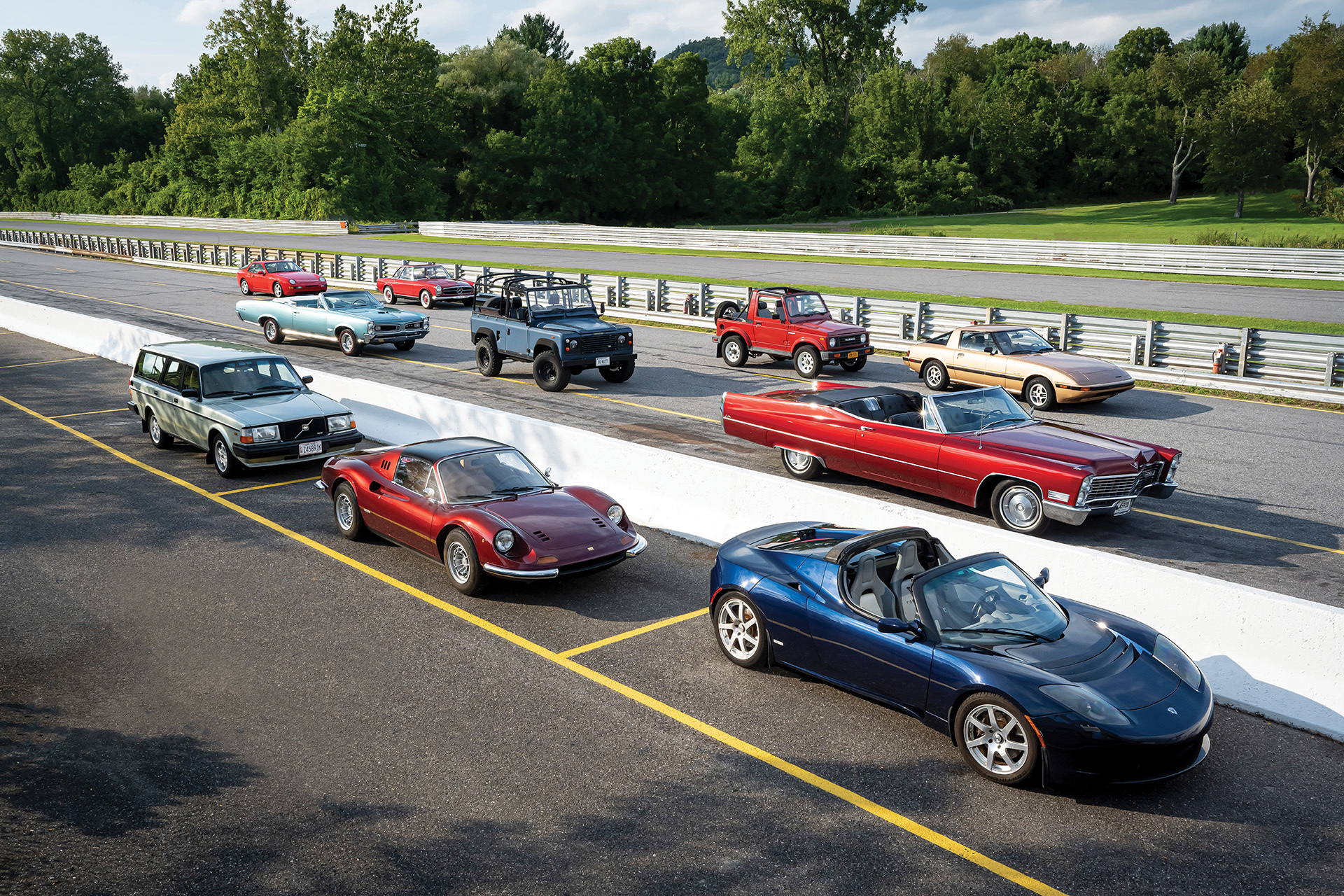 TRAVERSE CITY, Mich., December 14, 2021 – Hagerty today unveiled its fifth annual Bull Market list, which features the enthusiast cars and trucks that the company’s market experts predict will increase in value over the next 12 months. The list is not intended for get-rich-quick flippers, but rather for future owners who want to find, buy and drive a cool vehicle they love.

“At Hagerty, we believe that life is too short to drive boring cars, and the 2022 Bull Market list shows how folks can affordably drive their dreams,” said Larry Webster, Senior Vice President of Media and Editorial for Hagerty. “Our seasoned experts employed Hagerty’s massive database to name 10 cars that people can buy, enjoy for a few years, and then sell to the next enthusiast for about what they paid or maybe even a bit more. There are now very few barriers to enjoying the classic-car hobby.”

This year’s Bull Market list includes vehicles built between 1963 and 2012 including sports, luxury and muscle cars as well as a few SUVs.

“We compile the Bull Market list to let enthusiasts and prospective owners know what vehicles to buy now before they become less affordable,” said Brian Rabold, Hagerty’s Vice President of Automotive Intelligence and head of the company’s team that selects the Bull Market list each December. “We want enthusiasts to know where the market is heading so they can buy the car of their dreams at the right time.”

Collectors long ago flocked to the late ’50s Cadillacs with their iconic fins, while these more modern and usable late ’60s models were largely snubbed. That is changing, but this generation of Cadillacs remains highly affordable — particularly on a dollar-per-pound scale — and they draw plenty of eyeballs and thumbs-up. These are tons (literally) of Detroit style for not much money.

The Dino was a radical departure from Ferrari’s traditional road cars. The engine was a V-6 instead of the legendary V-12, and it was mounted behind the driver instead of under the hood. It was this departure, however, that makes the Dino special. It is still considered one of the greatest roadgoing Ferraris of all time — for a price that amounts to an auction buyer’s premium on most other vintage Ferraris.

There’s an urbane glamour to driving the original aluminum-bodied earth-roamer, whose lineage dates right back to the 1948 original. Prices have only gotten steeper in the collector market for the few North American-spec Defenders available, no doubt driven by a micro economy that places the supply well below the demand.

Mazda worked tirelessly for decades to get the rotary engine down, fighting mechanical gremlins and international obstacles along the way. It all came together in the first-generation RX-7, a lithe sports car that turned the performance-car segment on its head by exploiting the tiny engine’s massive potential. Huge production figures mean that good ones are still easy to find — for now.

Imbued with what Mercedes-Benz’s technical director called “motoring happiness,” the 230SL set the Mercedes SL series down a new path, incorporating extra luxury but retaining some of its predecessors’ sporting character. The 230SL also goes by the nickname “Pagoda,” thanks to the functional shape of its hardtop, and the rest of the car is an exercise in understated elegance that never goes out of style.

There will only ever be one original muscle car, and the GTO is it. For 1966, the car received a styling update that ushered in the “Coke bottle” shape. That year was also the last to offer not only the 389 V-8 but the factory-optional “Tri-Power” carburetor setup. Although prices have been flat, they are starting to heat up, and now might be the time to buy.

The Porsche 968 is the ultimate evolution of the Porsche 944 and 924 before it, featuring a 236-hp, 3.0-liter four-cylinder and beautifully balanced handling. Its hatchback practicality and great highway fuel economy make it a viable daily driver.

Everything about the 2000-pound Suzuki Samurai feels light and toylike, but they were well built and extremely hardy in the finest Japanese tradition. When new, it was the cheap funmobile for prom queens, yuppie adventurers, surfer dudes and RV lifers needing a dinghy to tow. Clean examples are getting harder to find — especially of the rarer hardtop — and more expensive as car-buying preferences for trucks and SUVs spill over into the collector car market.

Built before either Tesla or Elon were household names, the Roadster was the company’s opening act as well as the first production EV with lithium-ion battery cells. Its historical significance can only grow as electric cars take over, and, thanks to a chassis borrowed from Lotus, it will always be a hoot to drive.

In this era of slippery shapes designed to maximize aerodynamic efficiency, the Volvo wagon’s familiar refrigerator-box profile offers a comforting counterargument. To take your crew nowhere in particular in no hurry at all is to maximize the 245’s raison d’être. With a build quality designed to outlast mankind, it could just be the last car you ever buy.

A full analysis of the cars on this year’s list is available at www.hagerty.com/bullmarket. It will also appear as a full-issue feature in the January/February print edition of Hagerty Drivers Club magazine. The list is compiled using data from the Hagerty Price Guide and Hagerty Valuation Tools, Hagerty auction research and requests for insurance quotes. Hagerty’s Automotive Intelligence team offers industry-leading, proprietary insights and maintains the company’s industry-leading database, which has more than 10 years of proprietary valuation information on more than 40,000 cars, trucks, vans, and motorcycles from the turn of the 20th century to the present.

Photography and video assets of the vehicles featured on the list are available here.

Based in Traverse City, Michigan, Hagerty’s purpose is to save driving and preserve car culture for future generations and its mission is to build a global business to fund that purpose. Hagerty is an automotive enthusiast brand offering integrated membership products and programs as well as a specialty insurance provider focused on the global automotive enthusiast market. Hagerty is home to Hagerty Drivers Club, Hagerty DriveShare, Hagerty Valuation Tools, Hagerty Media, Hagerty Drivers Club magazine, MotorsportReg, Hagerty Garage + Social, the Amelia Island Concours d’Elegance, the Concours d’Elegance of America, the Greenwich Concours d’Elegance, the California Mille, Motorworks Revival and more. For more information on Hagerty, please visit www.hagerty.com, or connect with us on Facebook, Instagram and Twitter. 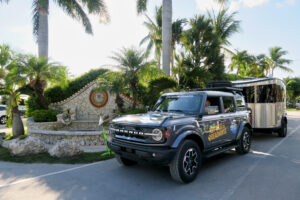 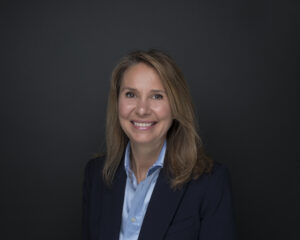 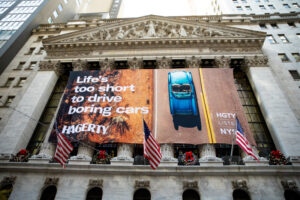