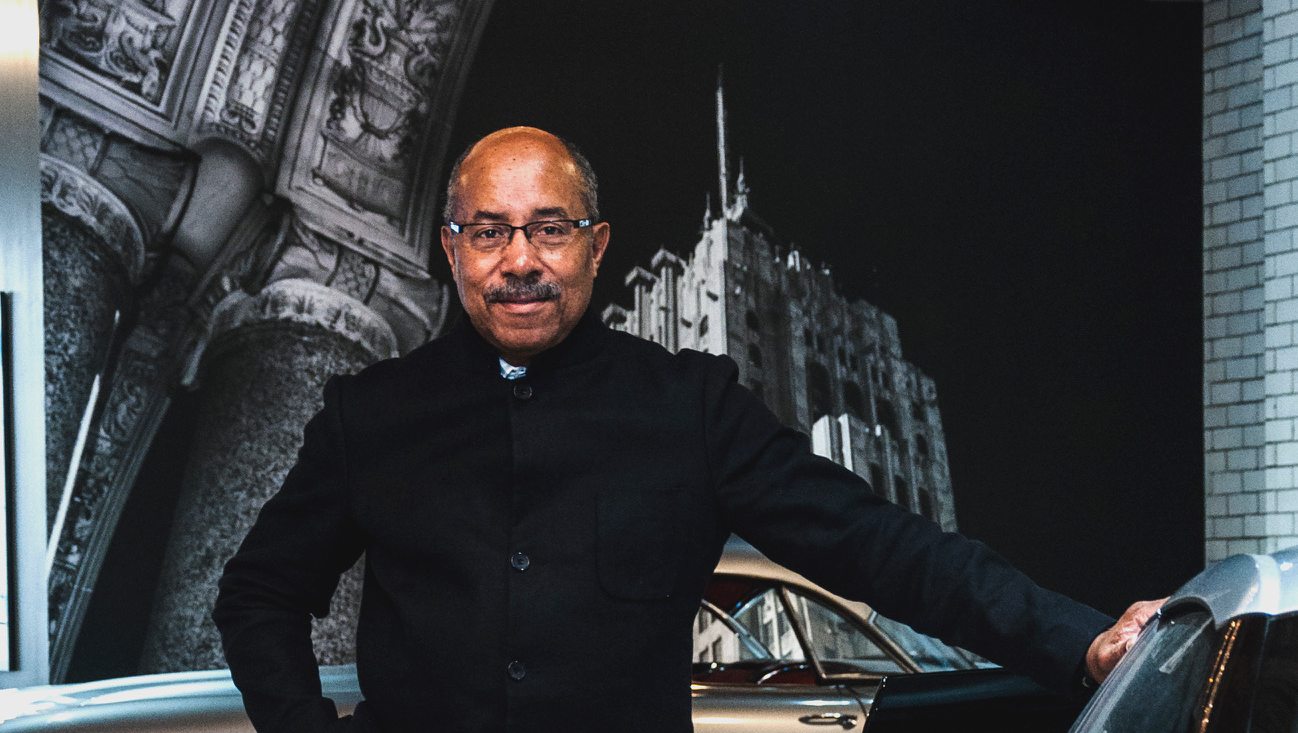 TRAVERSE CITY, Mich., June 29, 2022 – Hagerty is excited to announce that designer, Automotive Hall of Fame inductee and former General Motors Vice President of Global Design, Ed Welburn, will serve as the honoree at the inaugural Detroit Concours d’Elegance on September 16-18, 2022.

“When selecting an honoree for the all-new Detroit Concours there was only one choice, Ed Welburn,” said McKeel Hagerty, CEO, Hagerty. “Ed’s impact on the automotive industry and his connection to the Detroit Institute of Arts is without equal. I can’t imagine celebrating car culture in the Motor City without honoring him.”

“I’m excited about the Hagerty team’s forward-thinking idea to stage a concours in the cultural center of Detroit, a city with a rich automotive history and the heart of the future of the automobile,” said Welburn.

Welburn started drawing cars at the age of two and had decided on a career in automotive design by the time he was eight years old. His mission took on greater meaning when he wrote his first letter to General Motors at the age of 11. The company would write back with next step recommendations. The rest is history.

Welburn studied design, sculpture and painting at Howard University’s School of Fine Arts. He continued his communication with General Motors at Howard, which led to an internship at GM Design after his junior year in 1971. One year later, Welburn became the first African American hired to design GM vehicles.

In 2003, Welburn was named GM vice president of design, the sixth person to lead the department in the company’s history, making him the highest-ranked African American in the auto industry. In 2005, he became the first person to lead GM Design globally, overseeing more than 1,400 designers working in 11 design centers in seven countries around the world.

Car and Driver described Welburn as “the man who brought beauty back to General Motors,” and as head of GM Design, he oversaw the designs of all GM brands globally. He spent his entire design career at GM and was involved in the design of more than 500 different automobiles, including those by Buick, Cadillac, Chevrolet, GMC, Opel/Vauxhall, Holden, Hummer, Saab, Wuling, Baojun, Oldsmobile, Saturn and Pontiac.

Although Welburn’s primary focus was always on the development of future products for General Motors, the history of GM Design was important to him, including leading the update and restoration of 17 historic GM concept cars.

Welburn retired from GM in 2016 after a career that lasted 44 years. That same year, GM dedicated its Center for African American Art at the Detroit Institute of Arts in his honor. In 2017, Welburn was awarded an honorary Doctorate of Fine Arts by the College for Creative Studies, a leading design school located in Detroit, and he was inducted into the Automotive Hall of Fame.

In 2018, he received the EyesOn Design Lifetime Design Achievement award and, in 2021, a Lifetime Achievement award from Robb Report. In 2019, Ed founded Welburn Media Productions, where he serves as CEO and as a producer on a major movie project about the story of African American race car drivers in the 1920s and 1930s. Welburn is reluctant to call this next chapter “retirement,” because he continues to be very active. Today, he sketches more than at any other time in the past 30 years, ranging from the design of electric scooters with Usain Bolt to his passion for fashion design.

Tickets and ticket packages for the inaugural Detroit Concours weekend, September 16-18, 2022, are available online at DetroitConcours.com.

Saturday’s Cars & Community is a family-friendly celebration of the automobile in the parking areas adjacent to Comerica Park. Cars & Community features three unique shows in one: RADwood, a celebration of 1980s and 1990s lifestyle, blending period correct dress with automotive awesomeness; Concours d’Lemons, a motoring festival designed to celebrate the oddball, mundane and unexceptional of the automotive world; and Cars & Caffeine, designed as a curated showcase for local car clubs. Youth will enjoy spending time in the Kids Zone, featuring racing simulators and more.

The Detroit Concours d’Elegance, September 16–18, 2022, is an all-new, weekend-long tribute to the people who designed, built, and drove American car culture, and to the vehicles at its heart. Held at the Detroit Institute of Arts with events throughout the city, complimentary and ticketed activities include new-vehicle showcases, ride & drive opportunities and exclusive experiences as well as Saturday’s family-focused Cars & Community and Sunday’s Concours d’Elegance.

The Detroit Concours d’Elegance builds on more than four decades of world-class automobiles, fine dining, exceptional hospitality, and impactful community giving. Its heritage can be traced to the Meadow Brook and Concours of America events held beginning in 1979.

Based in Traverse City, Michigan, Hagerty’s purpose is to save driving and car culture for future generations, and its mission is to build a global business to fund that purpose. Hagerty is an automotive enthusiast brand offering integrated membership products and programs as well as a specialty insurance provider focused on the global automotive enthusiast market. Hagerty is home to Hagerty Drivers Club, Hagerty DriveShare, Hagerty Valuation Tools, Hagerty Media, Hagerty Drivers Club magazine, MotorsportReg, Hagerty Garage + Social, The Amelia, the Detroit Concours d’Elegance, the Greenwich Concours d’Elegance, the California Mille, Motorlux, RADwood, the Hagerty Drivers Foundation, and more. For more information on Hagerty, please visit www.hagerty.com, or connect with us on Facebook, Instagram, and Twitter. 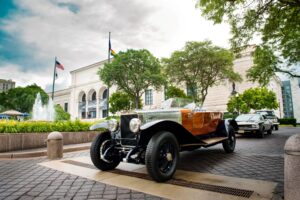 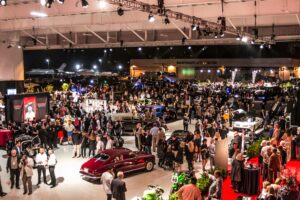 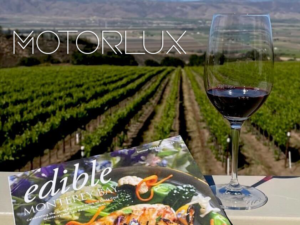